Garage Sportique is delighted to present this rare and exemplary UK delivered Ducati 999R that we believe could be considered the global benchmark for the discerning 'R' collector. Supplied unregistered and with only delivery mileage, this Series 1 World Super Bikes homologation special was built at a time when racing rules required close form between the road and race bikes and spending on race research and development was capped. Ducati therefore poured attention into this road model, choosing extremely high specification components such as Marchesini forged magnesium wheels, Ohlins remote reservoir dampers, Brembo monobloc callipers, titanium engine internals and full carbon composite bodywork in order that the race bike would benefit from these developments.

The successful ‘big banger’ engine from the previous generation 998R was chosen to provide the go, and with zero drivers aids added, save the skill and talents of the rider, this can be considered the last entirely analogue Ducati experience. Also considered the last of the ‘Testastretta’ or narrow head Ducati engined bikes, this marks an important waterline in the evolution of the breed.

With contraversial styling in period supplied by Pierre Terblanche, the 999R presented with aero blades and control through the bodywork, some of which was deleted for the series 2 bikes to make them more visually consistent with trends of the era however some argue that this lost the essential function and form interconnect present on this series 1, now ageing very well indeed. Attention to detail such as magnesium headlamp surrounds show an incredible commitment to weight saving with no expense spared, in a product run of just one year.

This short production run presents a tricky prospect for the collector with few cared for examples available of this most successful Ducati race bike in their history, dominant on both road and track. Evolution continued and the electronic aids and more conventional form of the 1098R came shortly after, heralding a different experience altogether.

This particular series 1 999R is impeccable and beyond question in it’s provenance.  Showing only 8 miles and supported by the Ducati delivery inspection sheet that is still as fresh as the bike.  Road test data recorded in 2003 as 11KMS and signed off by M&S Ducati in Newcastle.

Original invoice from new with contact details of the first owner, an astute ‘R’ collector that had one of every model.  The bike was then sent to Pro Twins for a full Ducati Corsa Titanium exhaust and Corsa throttle kit. The original unused items remain stored in original Ducati box packaging.  The crisp and unmarked invoice and till receipt for this is included in the history file, along with the exclusive invitation letter to 999R owners giving priority to the Moto GP Desmocedicci road bike. Also included is a recall letter, an unused tool kit, all manuals, Corsa catalogues and red security key all retained in A1 unused condition.

Purchased by the current owner approximately 10 years ago, the bike was immediately sent for full service and start up in controlled conditions at JHP Ducati with attention to detail including the insistence that individual bolts are returned to correct holes so that the tightening marks line up.  The report from the dealer states ‘Outstanding’ with notes showing that the borescope inspection of the fuel tank presenting ‘as new’ internally.  The bike has then followed a two year service interval schedule with JHP including cam belts, fluid change, petrol tank flush and injector changes to keep it absolutely road ready.  Every changed cambelt has been retained showing that this is not a project / recommission bike but ready to go.

Beautifully maintained and stored in heated office or domestic sitting room since purchase, the original tyres retain their softness and the bike is A1 road ready. This is a rare opportunity for the discerning collector to obtain easily the best original series 1 999R.

Worldwide delivery and competitive finance available. Call us for details. 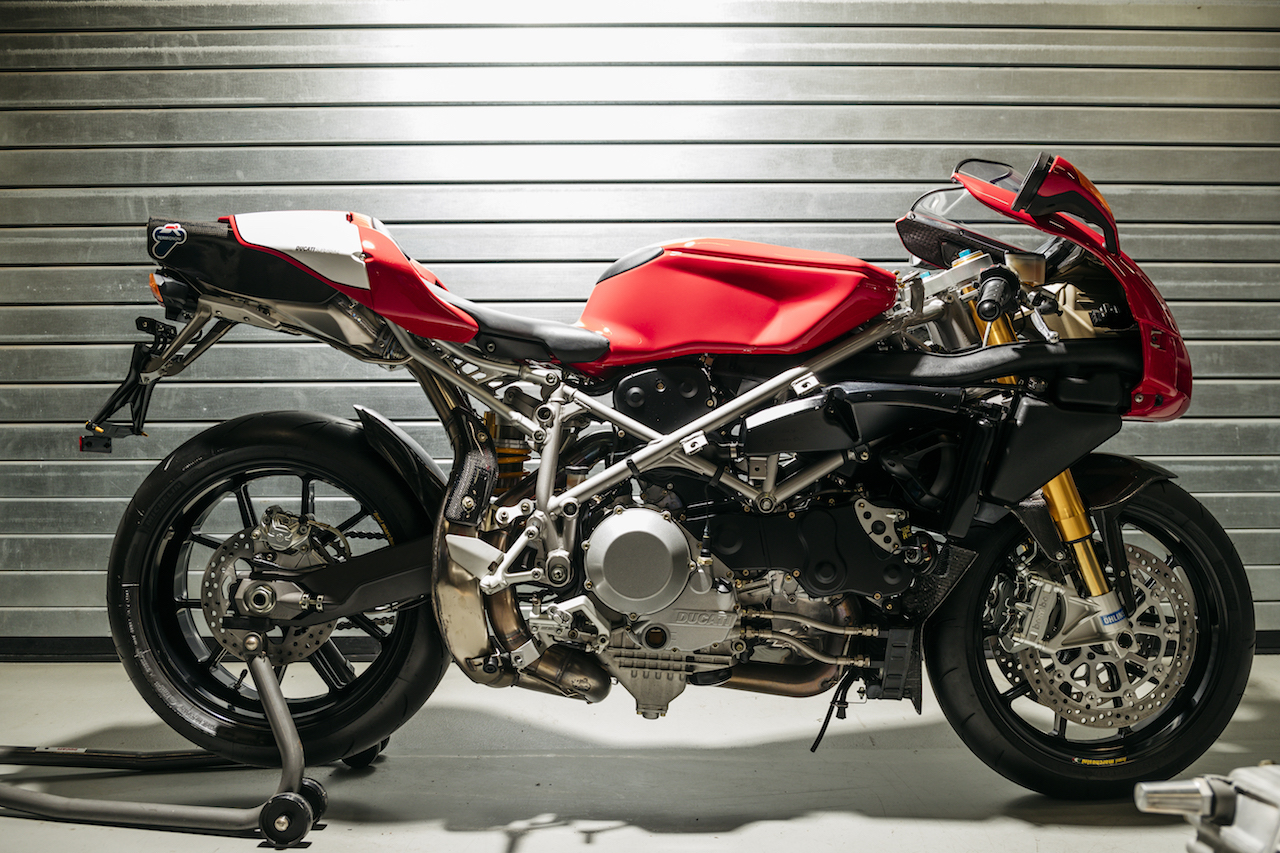 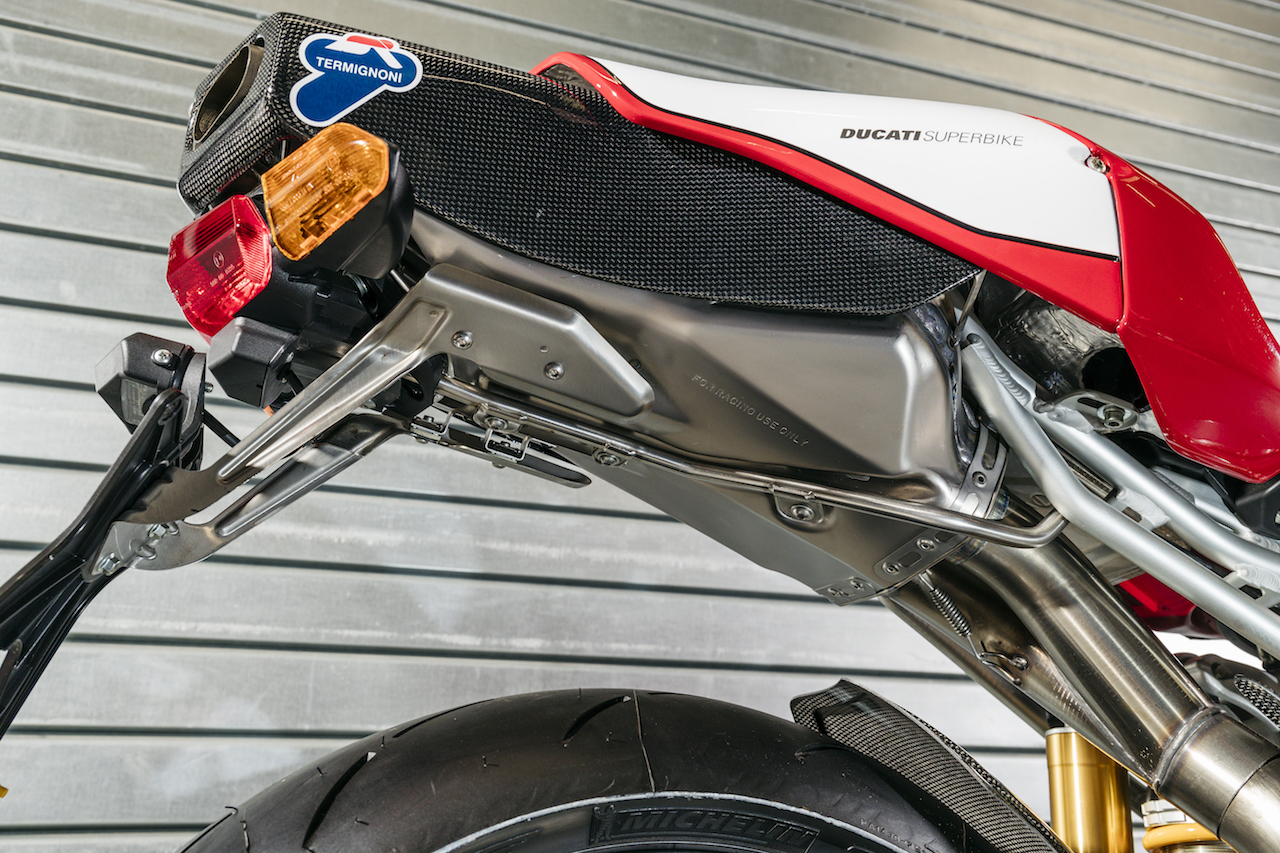 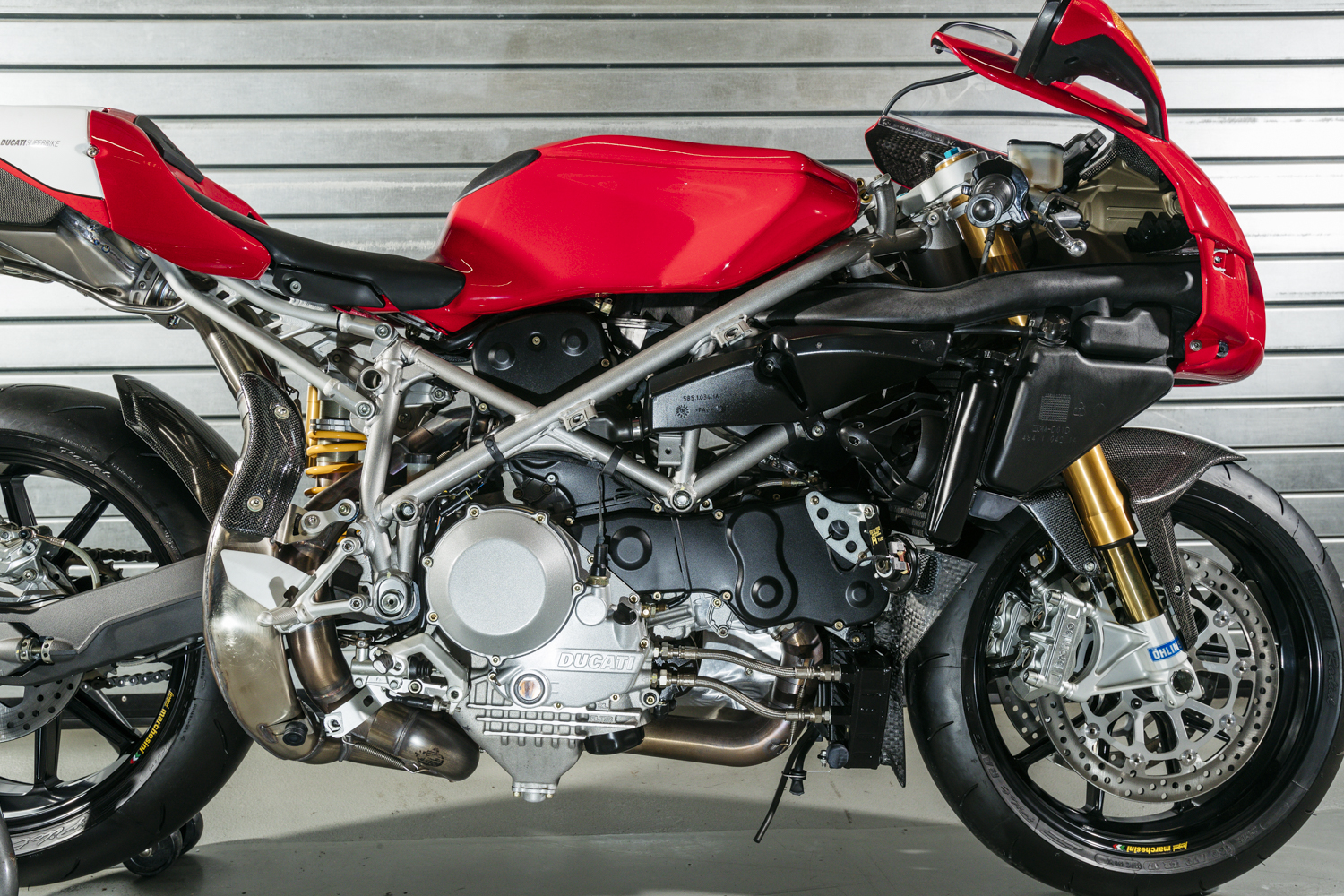 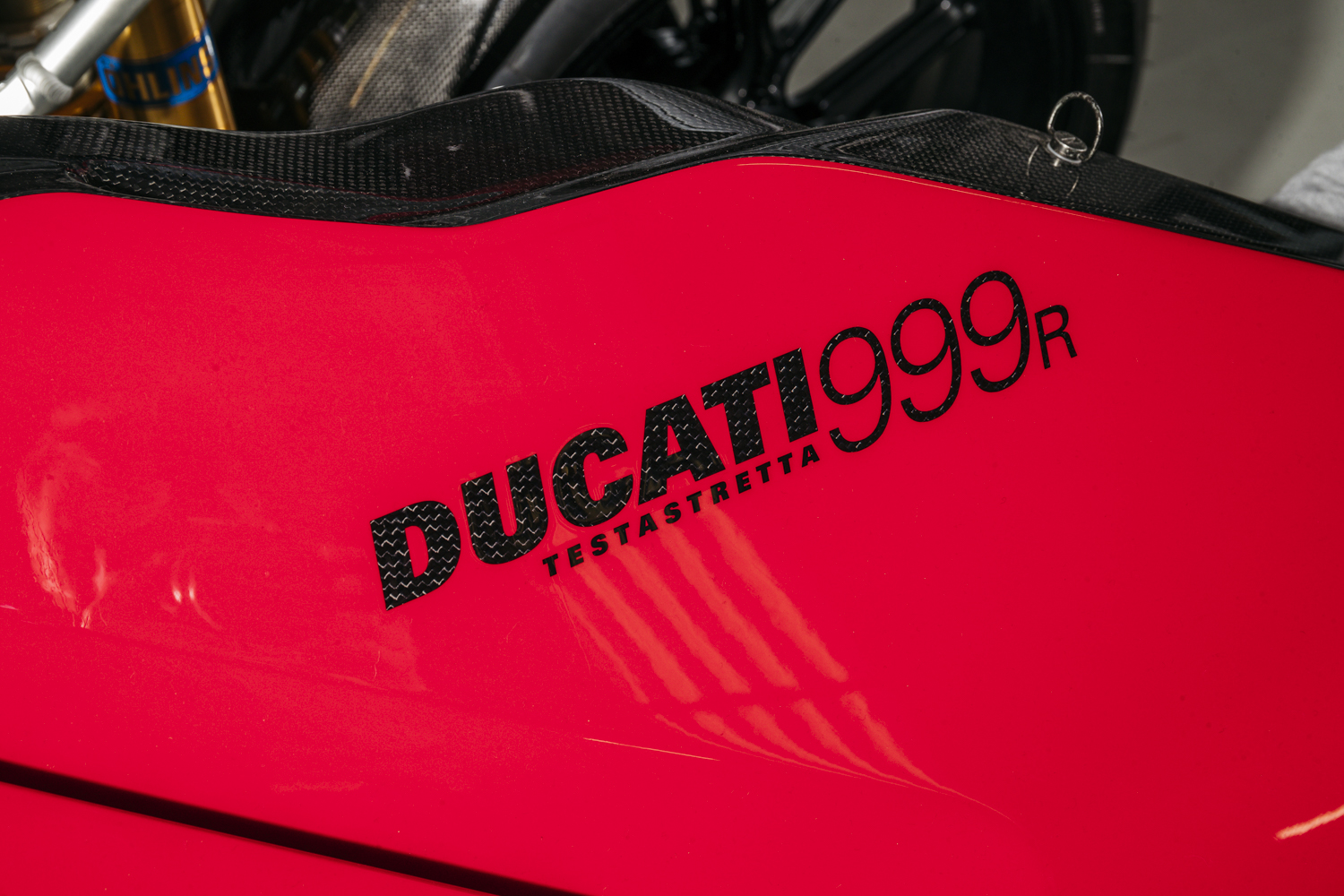 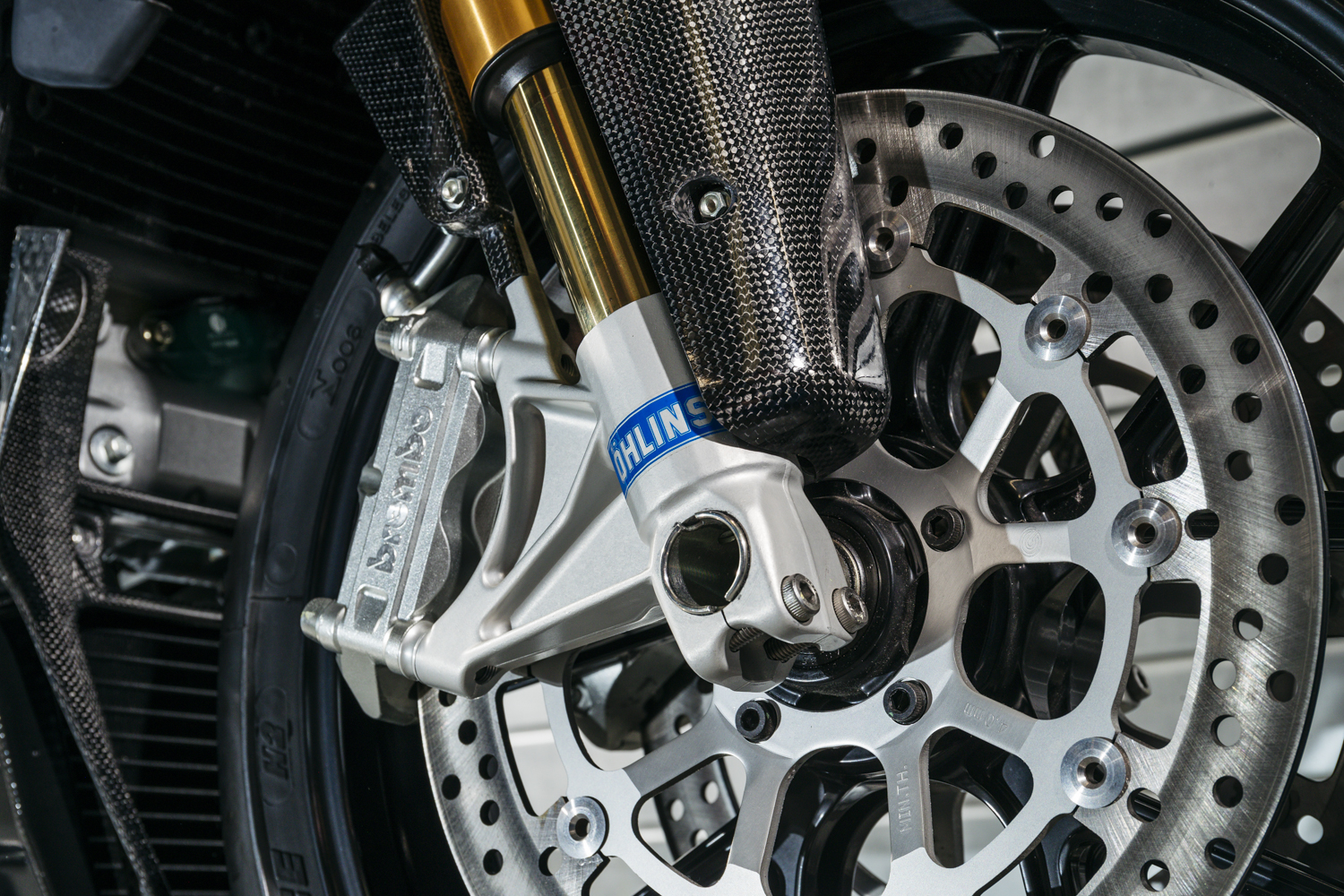 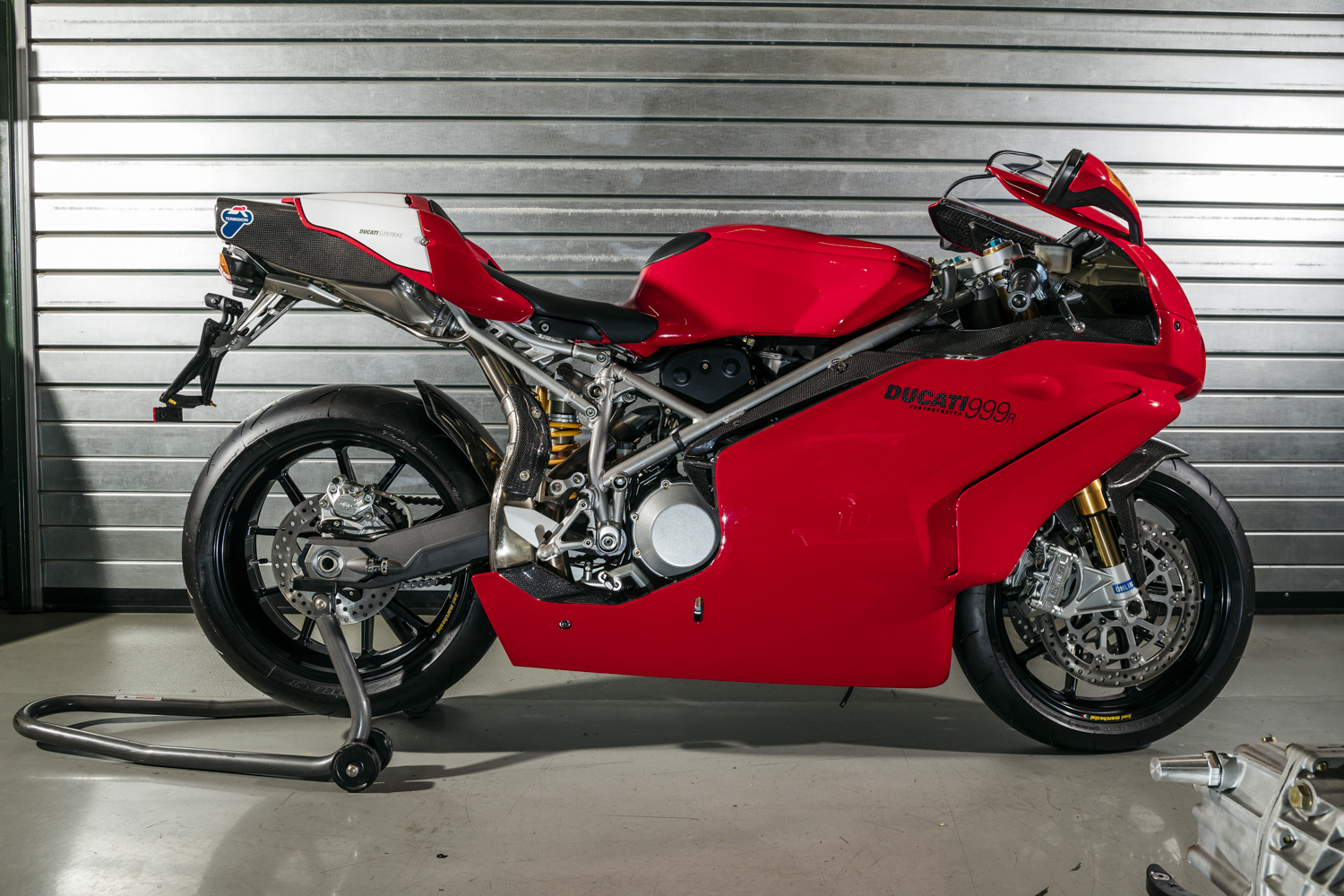 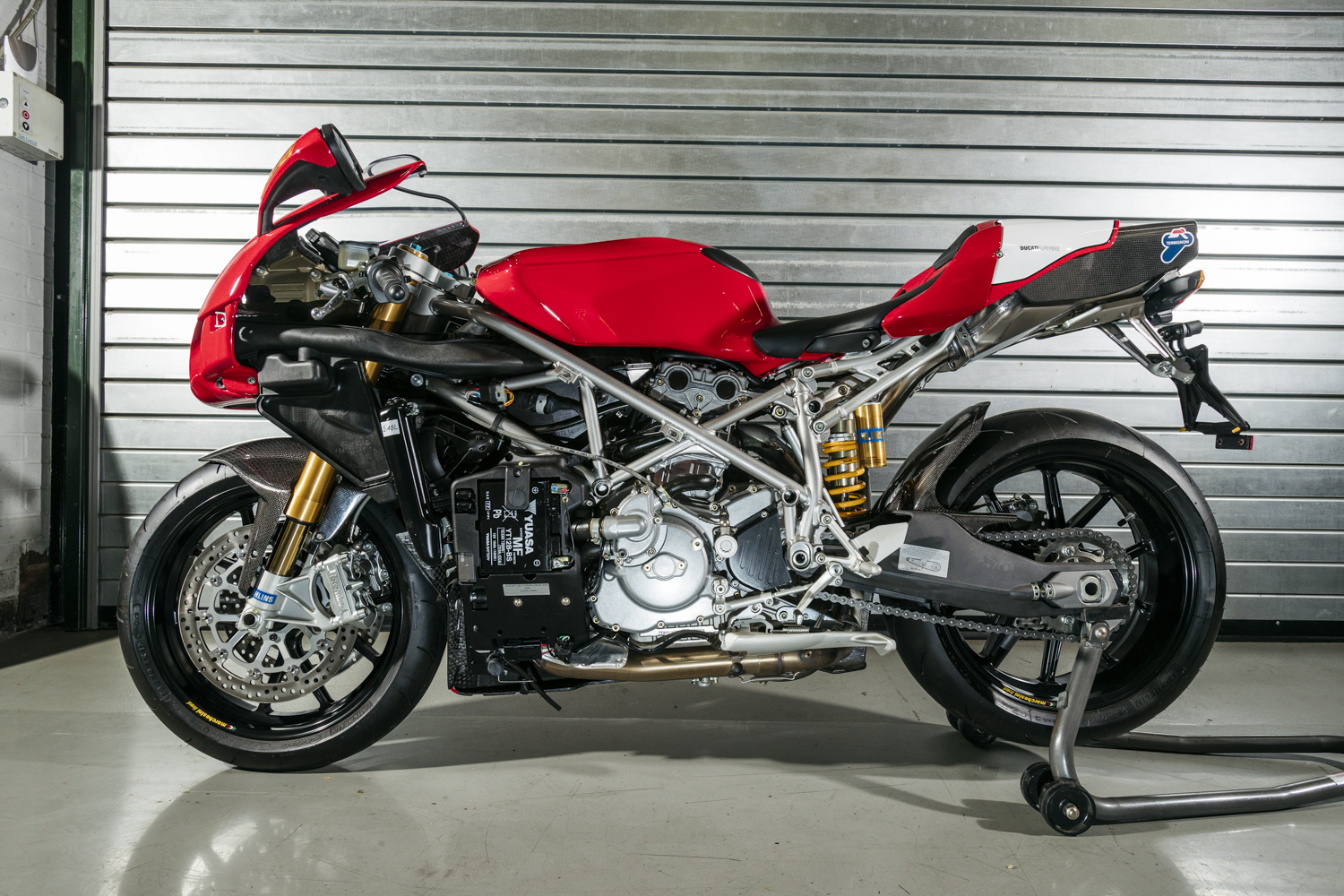 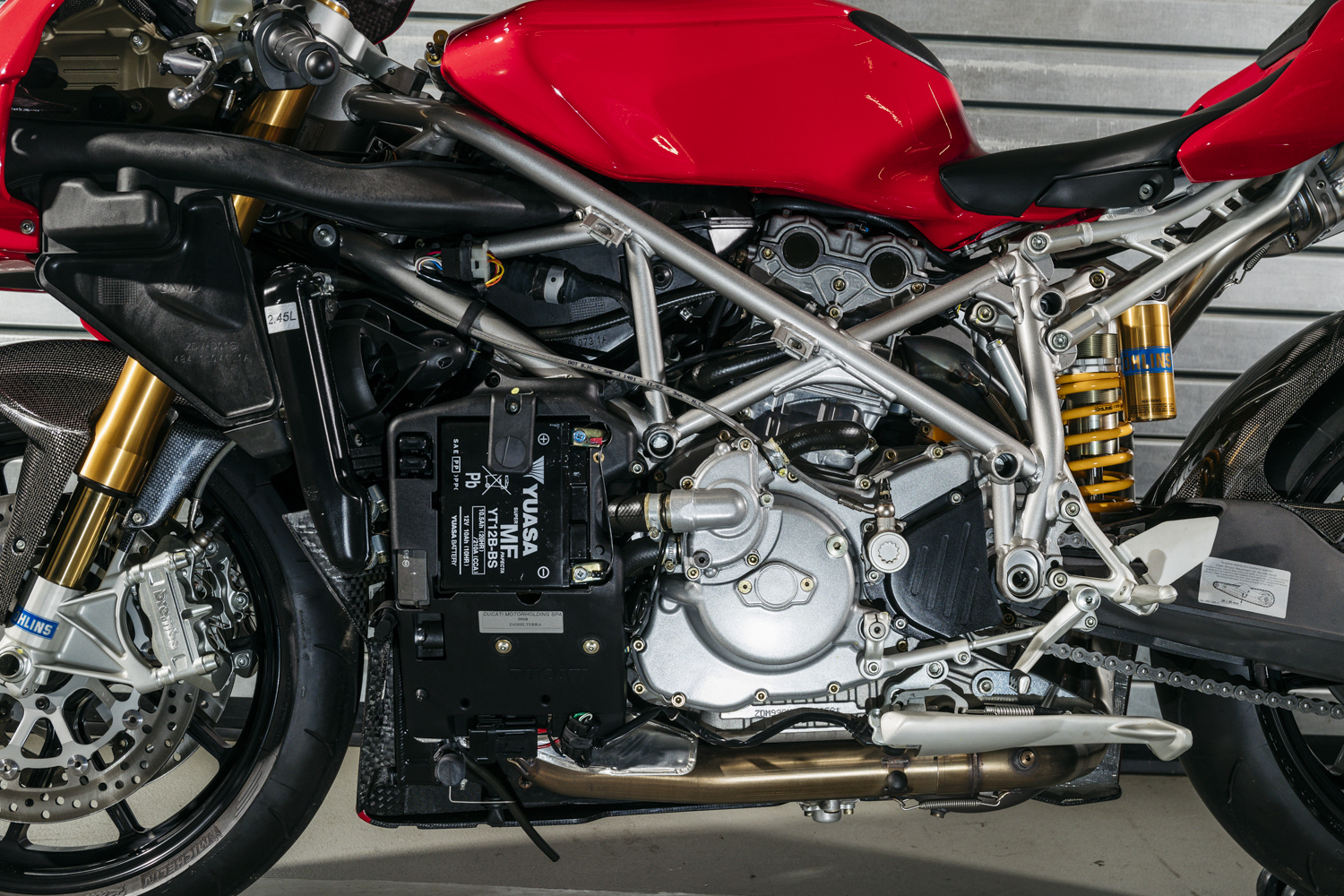 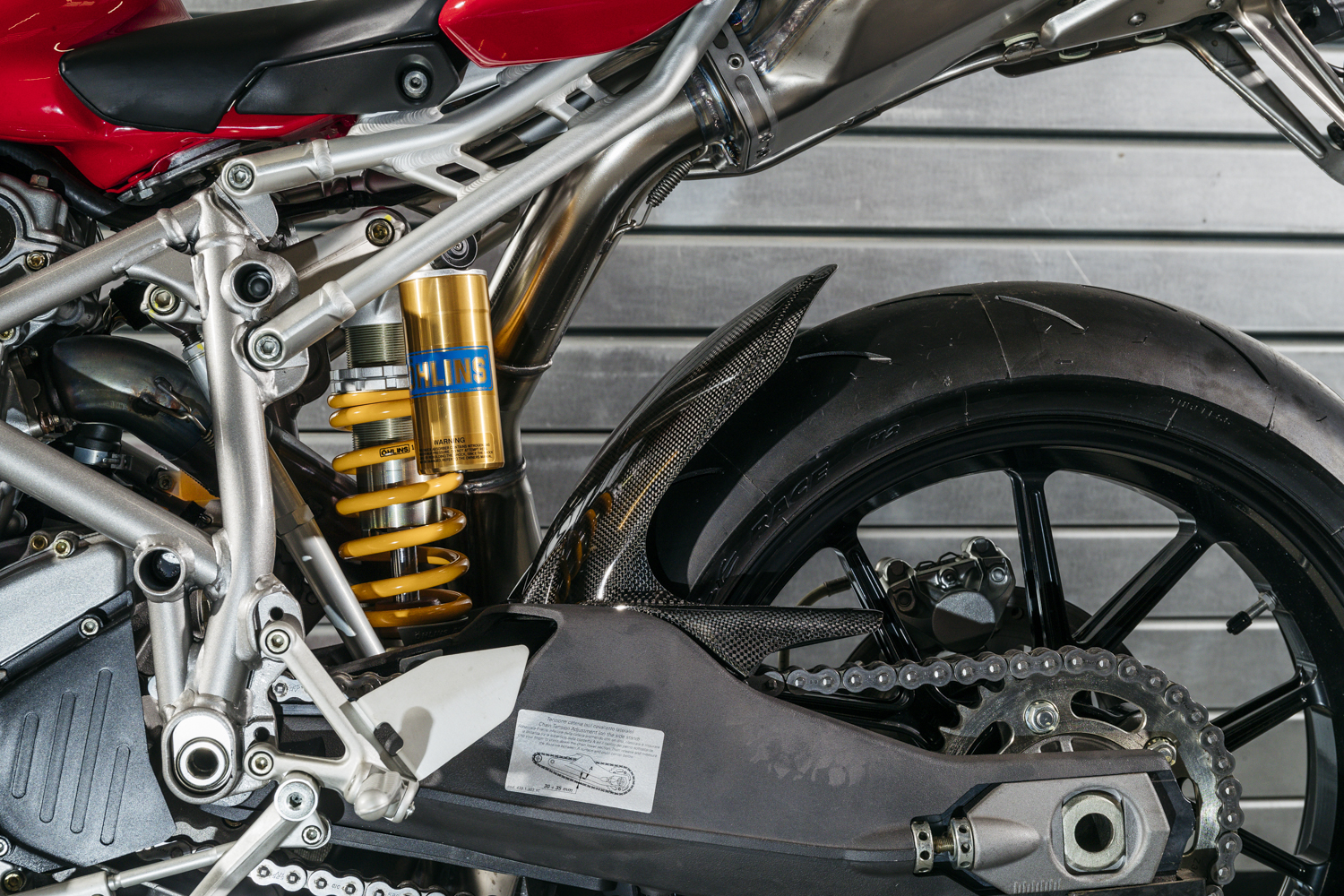 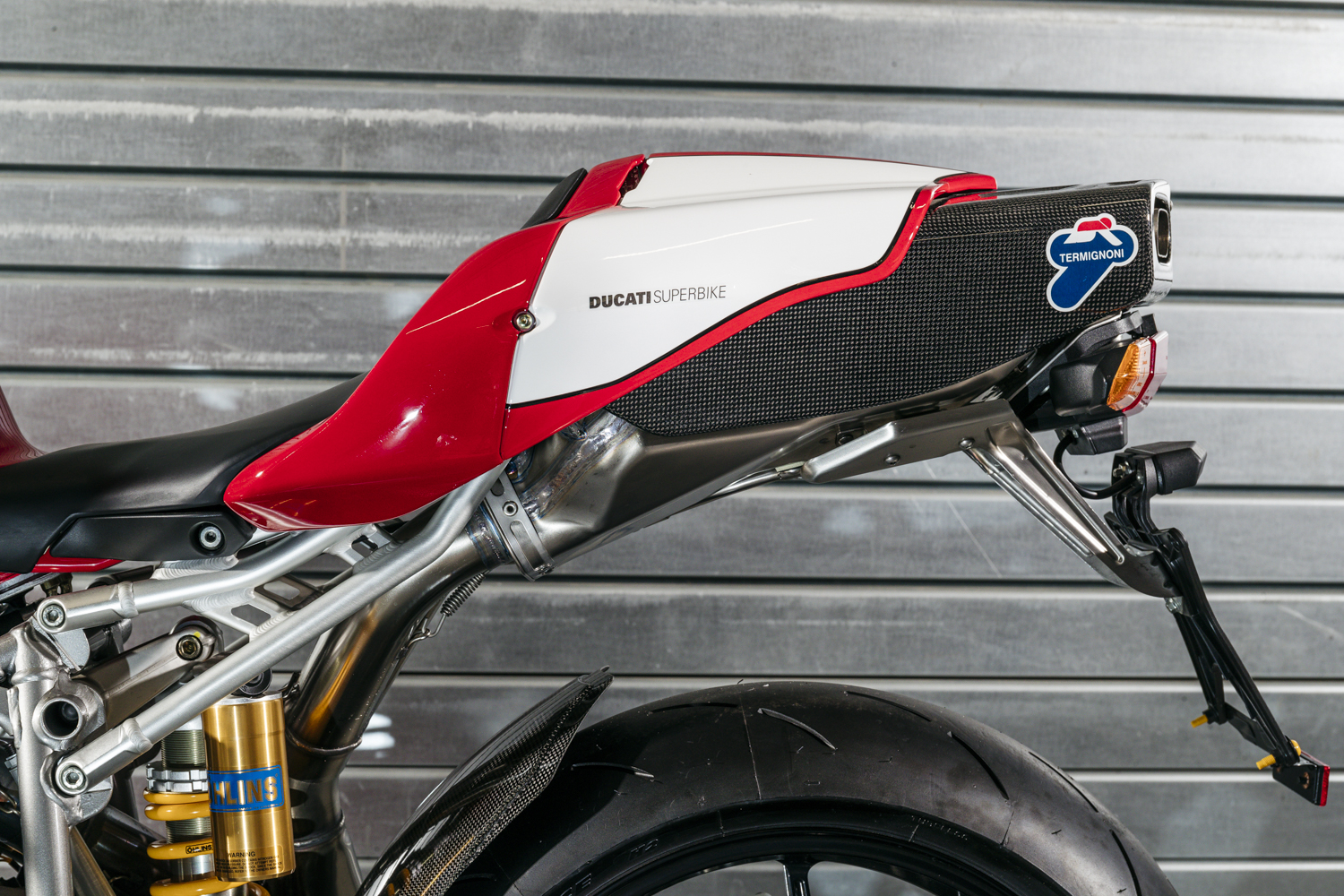 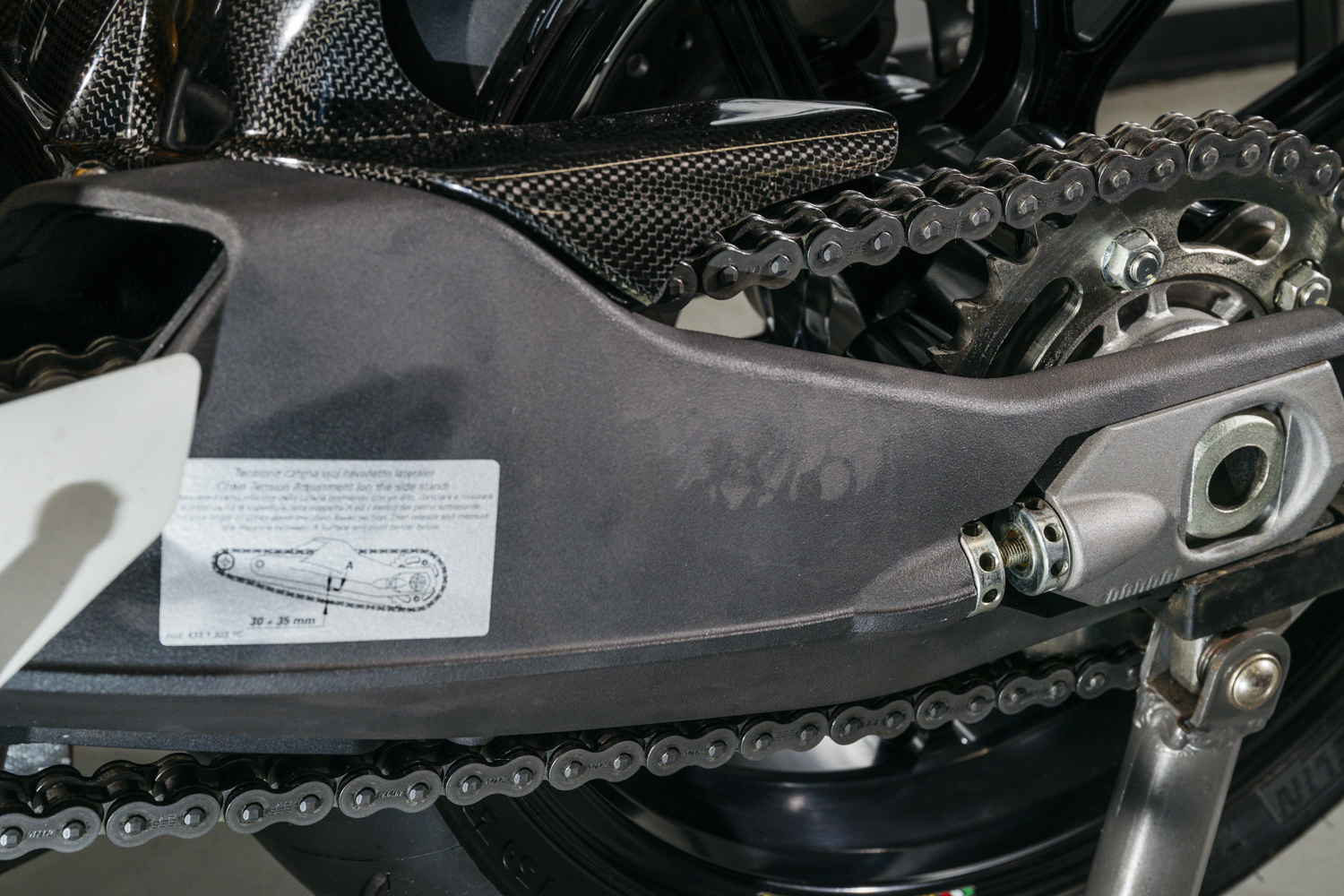 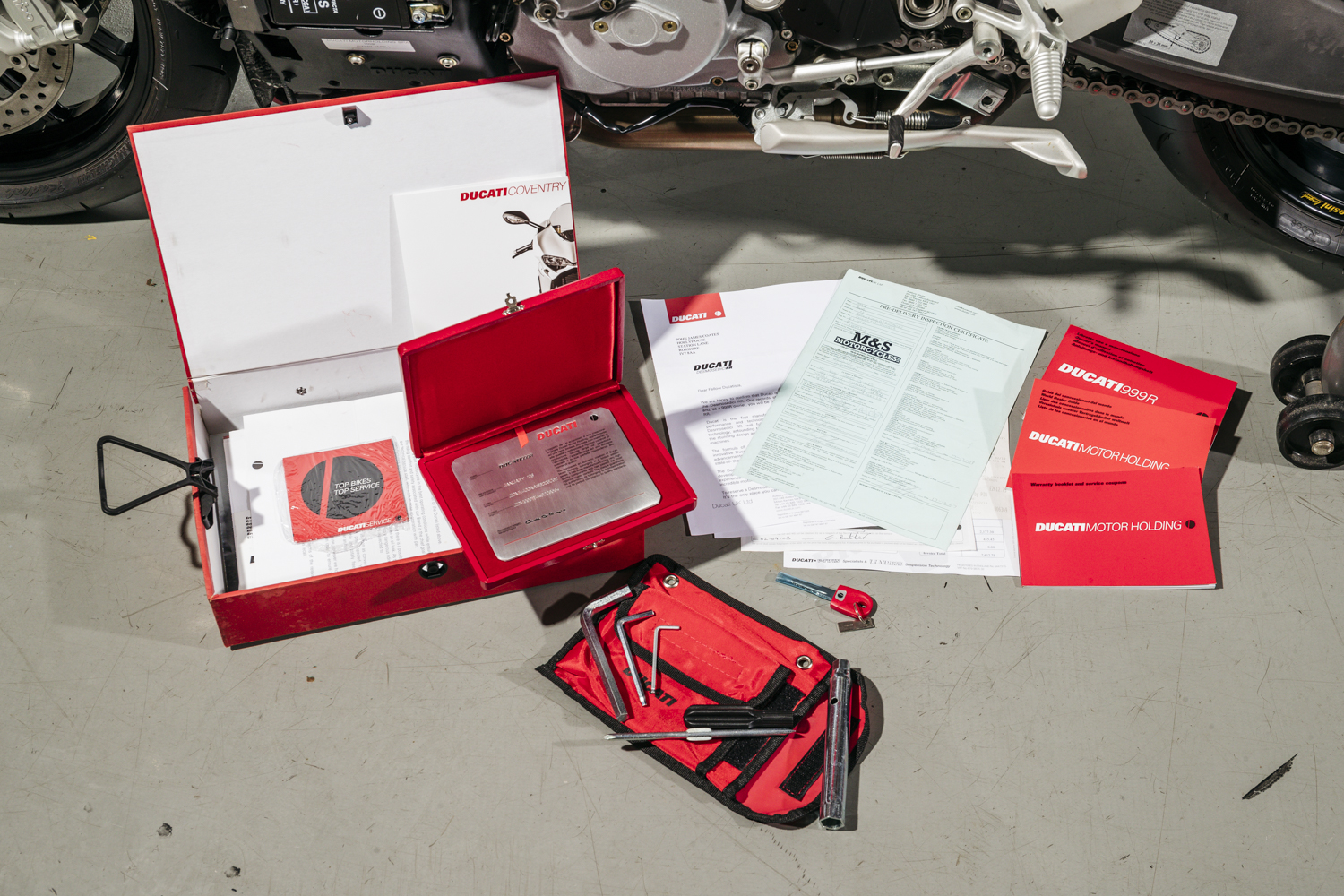 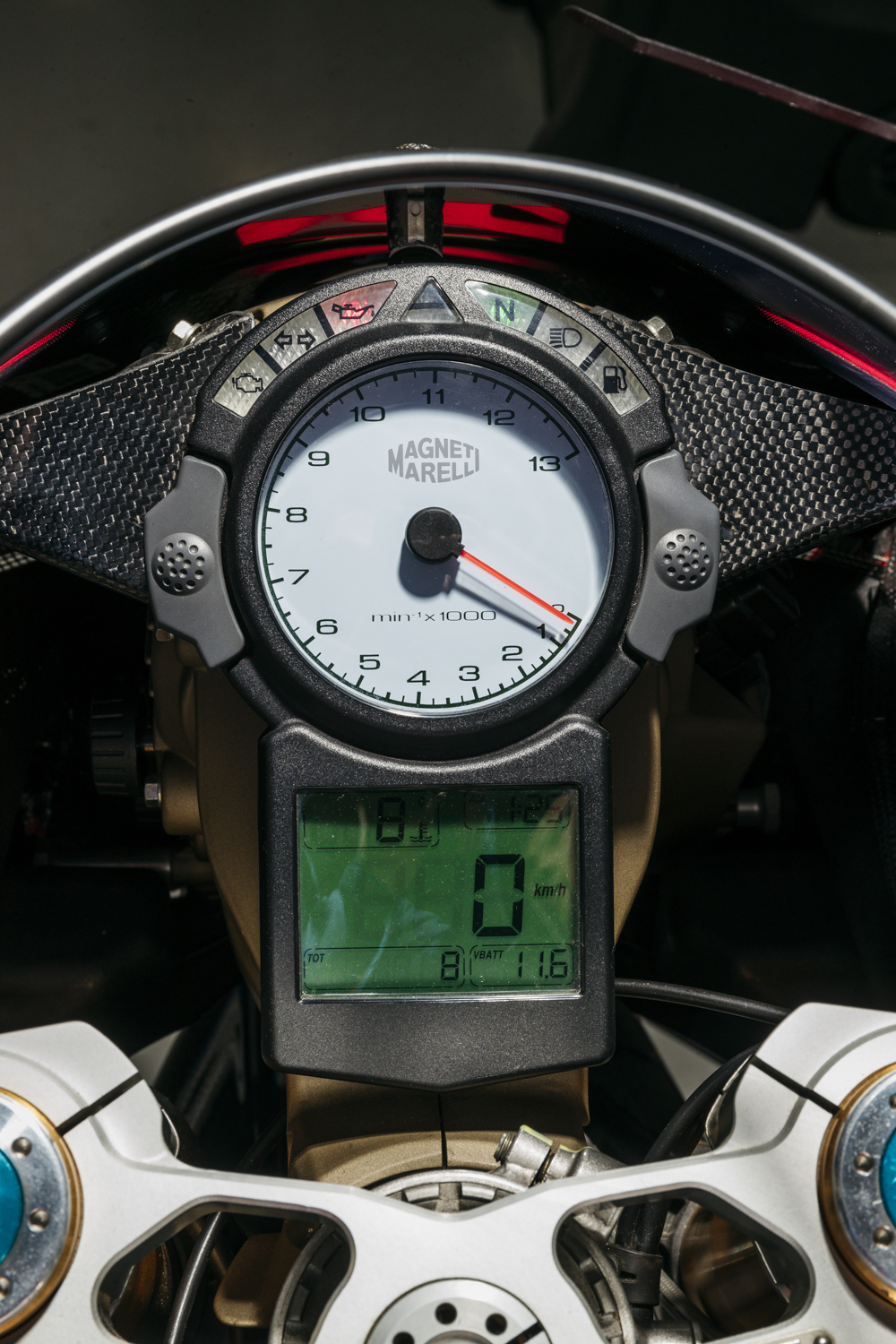 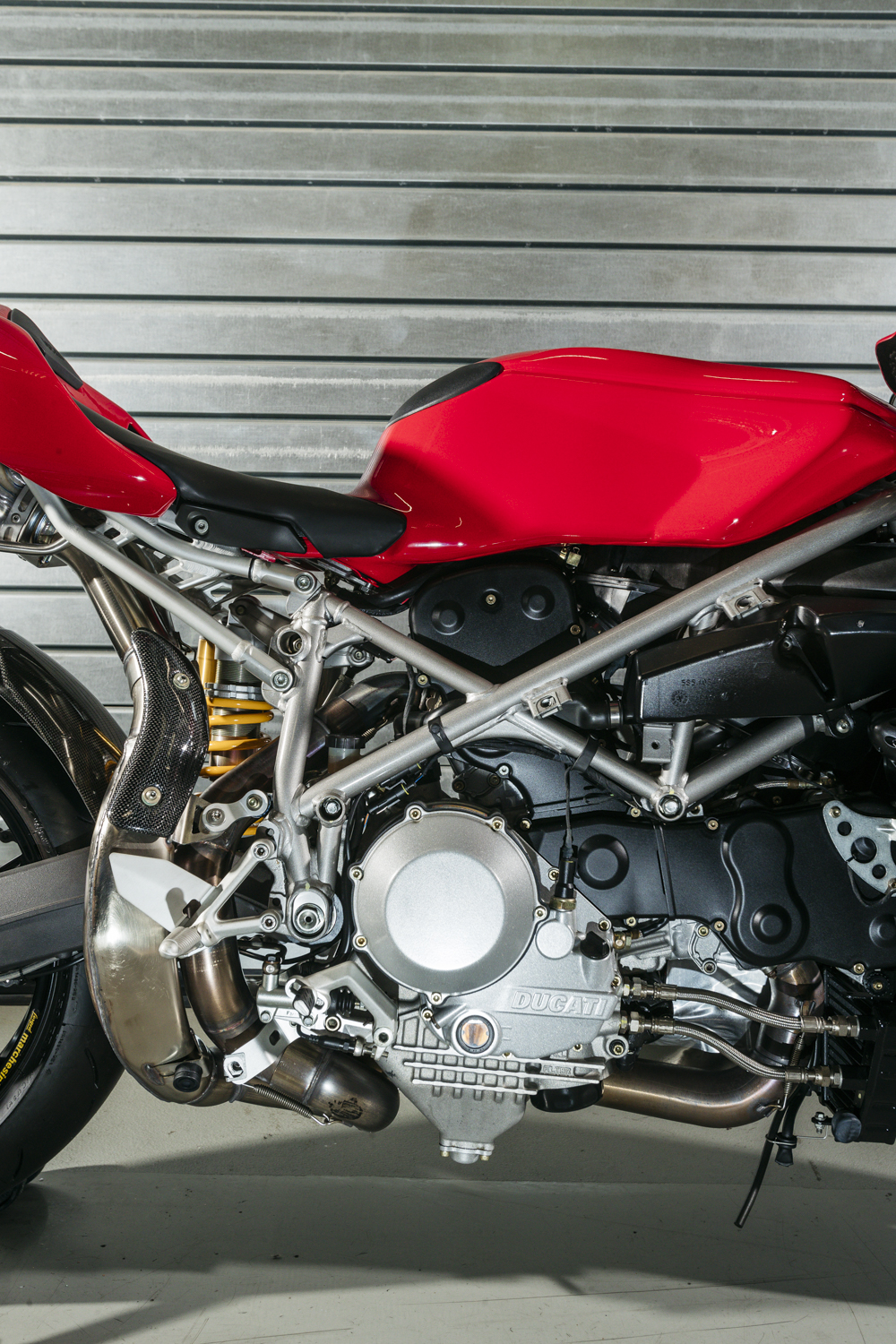 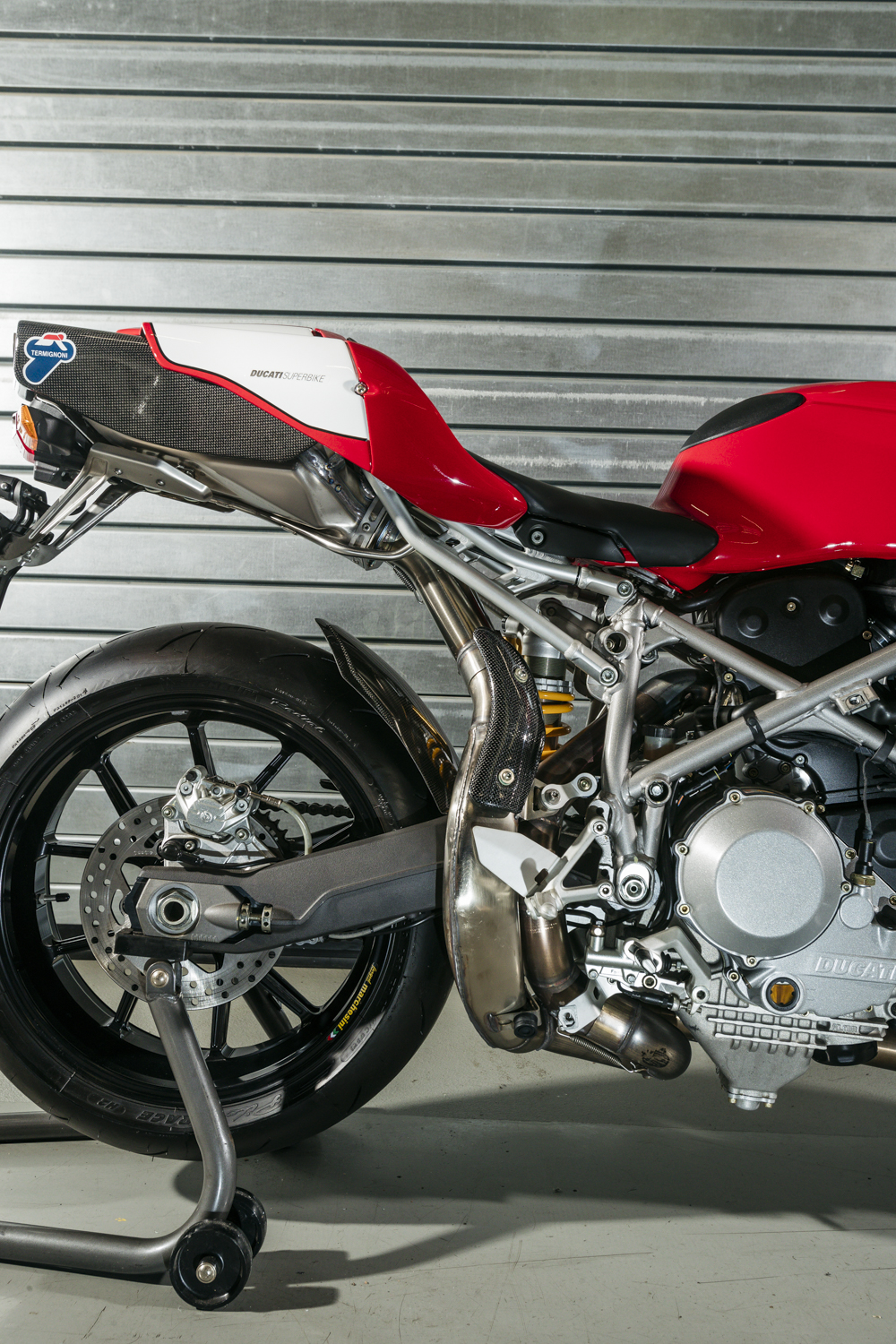 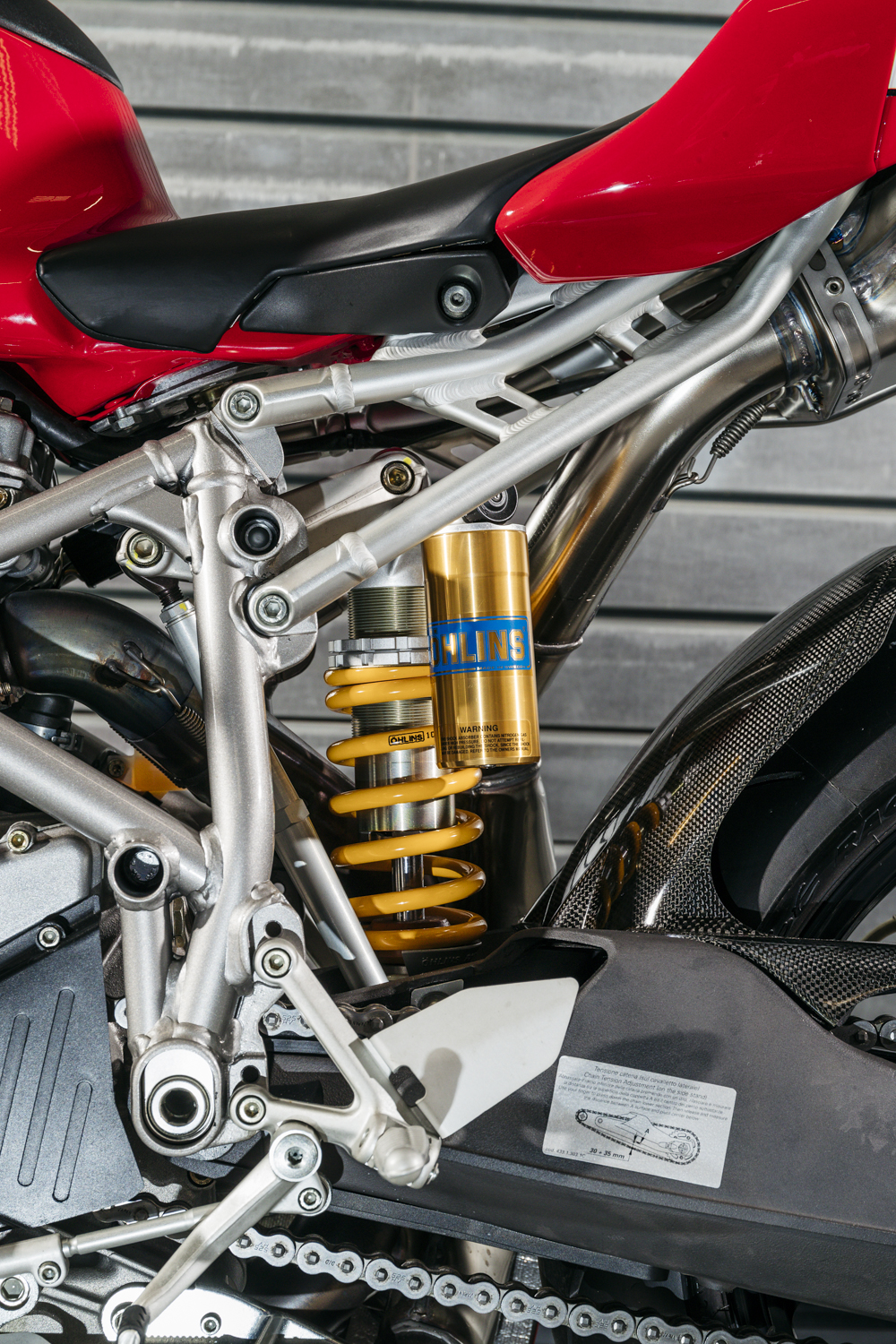